Being a trustee is far from dull…

Home » Blog » Being a trustee is far from dull… 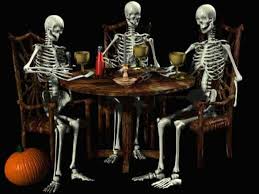 ‘Trusteeship’ is one of those words like ‘volunteering’ that tends to cause instant boredom.  It conjures up images of panelled rooms, cobwebs, and retired Colonels wearing tweed who turn up to four meetings a year and make a beeline for the sandwiches (not that there’s anything wrong with either retired Colonels or tweed).  That’s a shame because in my experience the reality is very far from dull.

My first exposure to trusteeship was in my mid-twenties when I got involved with a youth club and community centre in my local area, and I was straight in at the deep end.  The organisation was not in a good way, with money running out, the building in a state of collapse, and something that was less immediately apparent, a Chief Executive and founder who was a real barrier to change.  It was not an easy experience, but it was a great one.  Although I found myself drawing on many of the skills I was developing in my day job as a consultant, the context and the people were so different that it felt tremendously refreshing and energising.  Yes there were pressures and challenges.  But those pressures and challenges were not the ones I endured day in day out at work.  And that made them enjoyable rather than stressful, most of the time at least.  Like many difficult experiences it was one I learnt a great deal from.  And there was also a tremendous feeling of camaraderie with both fellow trustees and staff who were similarly committed to changing the place for the better.  Did we succeed?  That’s for another blog…

Fast forward fifteen years to my current trusteeship.  I’m a Governor of the Cripplegate Foundation, a charitable trust that makes grants to alleviate poverty and disadvantage in the London Borough of Islington (a place I have lived for many years and one that is close to my heart).  Serving on the board of a grant-maker is poles apart from working with the kind of frontline charity I described above.  We are in the business of giving money away, not scrabbling to find it, and that is a tremendous privilege that needs treating with a good deal of humility.

Because the Cripplegate operates in my neighbourhood it gives me a feeling of connectedness.  I get to meet people and go to places that would otherwise be invisible to me.  But is it cobwebby and panelled in gloomy timber?  Because that was my perception of grant-making trusts.  Well we do have some heavy furniture, but actually the trustee body is hard-working (every single Governor is involved in doing work that goes beyond the formal meetings), feisty, argumentative and passionate.  And it’s not always easy to make your voice heard.  A very different experience of trusteeship then.  Still not an easy one, but at times joyful is not too strong a word to describe how it feels to be working with people who share a vision, and a commitment to pursuing it.  And there’s nothing dull about that.

Tonight Rob is chairing an event in the City called ‘Ready to Get on Board, an introduction to trusteeship’, one of a series of events NPC are putting on with the support of the Clothworkers Company.