Show charities (the route to) the money

Home » Blog » Show charities (the route to) the money 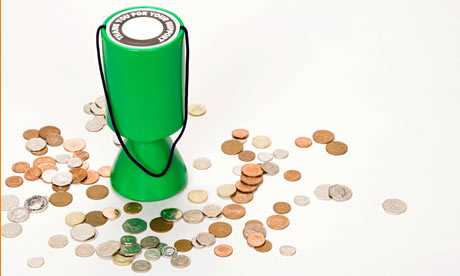 Over the weekend the chair of the Charity Commission (the lead regulator of charities in the UK), Dame Suzi Leather, gave an interview in which she referred to the funding threat faced by charities. You can see some of the interview here.

The Guardian coverage of the story included reference to NPC’s report on how funders should respond to cuts, which was published last week. It is my understanding that NPC’s report was the basis for Dame Suzi’s mention of cuts possibly being as high as £5bn. This is nice for NPC as it shows we are actively contributing to debate about the work of charities.

As our report notes (and the Guardian quotes), it is not realistic to expect private funding to step in and compensate for the scale of cuts. Some of the rhetoric around funding cuts for charities does seem to assume that this will happen. It has certainly been the tone of private comments from Culture Secretary, Jeremy Hunt, about funding for the arts, as reported in the Financial Times. It can also be found in comments from the Education Secretary, Michael Gove, over the weekend, when he said that charities should “do more by harnessing the enthusiasm of civil society and the generosity of individuals.”

It is understandable the government ministers want to encourage charities to be less dependent on the state at a time of cuts in public spending. It is important though that the role of charities in helping build the Big Society is appreciated. Arguably it is, but arguably also the need for solid funding to ensure this happens is not.

Private giving is not likely to step in automatically. Despite some hype around charitable giving, it is not buoyant. Moreover, as I have repeatedly said (for example, here in the Evening Standard), there are adverse trends in terms of the numbers of people giving; barely more than 50% of the population gave to charity according to the most recent authoritative figures, down from close to 70% a little over a decade ago. The “generosity of individuals” to which Michael Gove refers is, well, sadly not as great as one might like.

Cuts in public funding may lead individuals to increase their giving, but there is no evidence donations will take up the slack fully, and lots of indications to the contrary.

Meanwhile, good and effective charities are already facing swingeing cuts in funding. Excellent charities are being forced to cut vital services. Charities that have pioneered help for some of the most disadvantaged of our society are having to slim down.

The government announced as part of the Comprehensive Spending Review a £100m transition fund to help charities (as part of an “extra”, and so far largely unspecified, £470m for the sector). This is welcome, but it is not enough. Besides emergency financial support, the government also needs a greater understanding of the reality faced by charities, both in terms of their funding mix and the difficulties many already face. A sensible and comprehensive plan to try to boost private giving is also needed. This last point in particular is a missing piece of the jigsaw.

Building the Big Society requires more private money but so far government has been silent on how it will help charities generate this. Merely saying it must happen does not take us very far.