UK giving still has a long way to go

Home » UK giving still has a long way to go 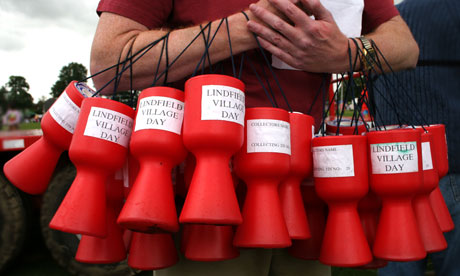 It’s good to see that the launch on Monday of the Giving White Paper garnered some attention for philanthropy. It’s encouraging too that the paper put forward some concrete initiatives to promote giving and volunteering in the UK and new funding.

Some aspects of the paper were particularly welcome – the proposed campaign to increase the dismal take up in this country of payroll giving, a new philanthropy committee to review candidates for honours, and the recent tax changes announced in this year’s budget (reducing inheritance tax for those leaving 10% or more to charity in their will).

But I was disappointed that some key issues were either missing or brushed over very quickly:

1. There was little in the paper on encouraging more giving amongst the wealthy. This is important if we are to see a sea-change in charitable giving here. Instead the focus was on rounding up pennies and tiny donations at cashpoints. (No surprise then that the press coverage focused on this and the fact that poorer donors give a higher percentage of their income than their wealthier counterparts.)  What was missing was ideas like introducing a ‘giving pledge’ in the UK akin to Bill Gates and Warren Buffett’s initiative across the pond.

2. There wasn’t enough about  encouraging the provision of philanthropy advice by private client advisors (bankers and laywers) to their wealthy clients. The paper mentioned that Minister for Civil Society, Nick Hurd MP, has agreed to attend the next Philanthropy Advice Forum in June. This is good news. But I’d hoped to see more and government has a role to play in pushing this higher up on the agenda of banks and law firms. There is much that can be built on. For example this philanthropy advice forum of private client advisors and philanthropy experts, which was initiated by NPC in late 2009, has gained broad support. Similarly, several banks are taking a more active role in promoting philanthropy to their clients and J.P. Morgan Private Bank’s report, Philanthropic Lives (published last week) is a case in point.

3. There could have been more about impact. Interestingly, of the 400 or so responses to the green paper, the question around social impact reporting solicited the second highest number of responses – so people do care about impact. But the white paper focused (and only very briefly at that) on what charities could do to report their impact better. There was no mention of how institutional funders (grant-making trusts & foundations) could better share their knowledge of effective organisations. Nor was there any reference to how private donors could be encouraged to think more about impact in their funding decisions – a theme being picked up in an excellent new book Give Smart: Philanthropy that gets results, and an accompanying website.

4. And finally, where were ideas about boosting corporate giving? Last December the Culture Secretary, Jeremy Hunt MP, announced  that 2011 would be the year of corporate giving. And yet we have heard nothing since. You’d have thought that the White Paper would be a good opportunity to explain what they meant by that initiative. Does this indicate a lack of co-ordinated thinking between government departments or was the original announcement an attempt to grab the headlines and appease the arts sector which was so put out by funding cuts?

While it is heartening that the White Paper (and the Green Paper before it) was so consultative and emphasised the role of many players in encouraging giving, it would be a shame if the government were to underplay its own role here. After all, it has the budget and the capacity to run campaigns and fund programmes. And it also has the ability to lean on influential individuals and organisations such as banks, foundations, businesses, charities and the media and get them to do their bit.

Indeed, I hope that Nick Hurd is making the most of his position and that his diary is full of meetings with important donors, charity leaders, heads of private client firms and so on. If he wants any introductions, NPC would be happy to make them.