More or less for ‘troubled’ families?

Since 2010, the government has made troubled families a priority and recently committed an extra £448m over the next three years to target 120,000 families. Today, Eric Pickles championed local authorities’ endorsement of the scheme. Support for the most vulnerable families is much needed, but there is a risk that its impact will be reduced if it is not targeted effectively. 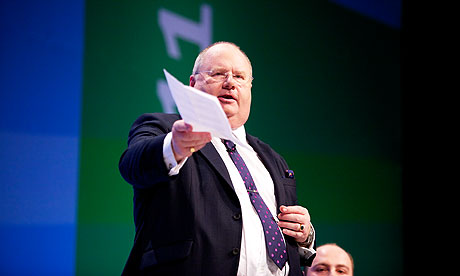 As charities know, changing the lives of troubled families is not straightforward. The most vulnerable families are least likely to access and benefit from support—often because they think that their children might be taken away or because they have been turned away from services in the past. Experts say that the key to working with the most difficult families is having one assertive key worker that can get to the bottom of the problems and co-ordinate support from different services. Small caseloads, high quality staff, and long-term, intensive support are essential.

£448m sounds like a lot, but there is a risk that it will be spread too thinly. Government is planning for £10,000 per family (60% from local authorities, and 40% from central government on a payment by results basis), but the cost of effective programmes appears to be more in the region of £14,000 per family per year. Although such support looks expensive, the average savings can be double this, if support is provided effectively. The risk is that spreading resources too thinly and funding cuts elsewhere will lead to larger caseloads, shorter-term interventions, fewer outreach services, and long waiting lists (particularly for mental health services)—in short, undermining key elements of effective interventions and failing to reach the families that need support most.

Some aspects of the policy are also not quite clear. First, the target of 120,000 families was initially drawn up by the Cabinet Office around five years ago (in fact referencing 140,000 families) using multiple indicators of parental deprivation. However, local authorities are now being asked to use different indicators to identify families (eg, children’s truancy from school and anti-social behaviour). Will this lead to a net-widening effect? Would it make more sense to adopt a narrower definition focused on those in greatest need? The payment-by-results element is also a little confusing as 80% is provided up-front as an ‘attachment fee’, but only for those families that are supported ‘successfully’. It’s not clear whether this money is clawed back if outcomes are not met, or whether it will encourage local authorities to ‘park’ the most troubled families, where outcomes will be most difficult to achieve.

Charities play a vital role in working with vulnerable families, as we explain in our recent report. First, they are not seen as a statutory authority so it is often easier for them to gain the trust of resistant parents. Second, they are effective at drawing in volunteers from the local community to support families in trouble. Many of the most effective approaches have been developed by voluntary sector organisations such as Action for Children, Family Action and Participle. What should the sector make of this initiative? Money well spent, or too little too late? Is it providing the right sort of support or stigmatising the most vulnerable families?

Eric Pickles’ announcement this morning again sounds the trumpet for targeted family support and personal responsibility. Local councils seem to be behind the scheme—hardly surprising if it brings them additional funds. If it works it could be very important in tackling a key social and economic issue. But this area has seen a history of efforts to solve complex problems on the cheap, through initiatives that are well-publicised but slowly fade away. Let’s hope this one does better.