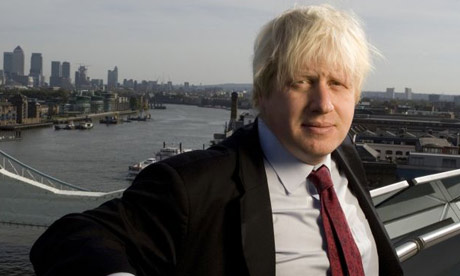 Boris Johnson was interviewed for BBC Newsnight by Jeremy Paxman and lamented how today’s rich bankers were not emulating their Victorian forebears and embracing philanthropy. He said (reported in the Guardian):

“It’s quite incredible to me that people can walk away with multimillion bonuses and not understand that what people want to see is them doing what the great titans did in the Victorian era … There are huge numbers of people in this city making huge amounts of money … We want them here and generate jobs and growth in society, but they have got to understand they are lucky to be here in this fantastic city and could make a much larger contribution.”

Michael Bear, Lord Mayor of the City of London gave a more optimistic slant over the previous weekend in an interview with the FT for its ‘How to Give it’ column. He said:

“The City has always been philanthropic … financial companies’ donations … even in the difficult year of 2009, [were] about £800m worth of charity in kind, and more than £100m in direct money.”

The tone of this comment is different to an article the Lord Mayor wrote for the Evening Standard late last year, in which he said:

“Philanthropy must become a vocation of the many, not just the few. Of course, the super-rich and those with spare cash should and could give more, but we must show that philanthropy isn’t just for those with bundles of money.”

So, notwithstanding some gloss from Michael Bear, it seems both the Mayor of London and the Lord Mayor of the City of London agree that the City should give more.

NPC’s own experience chimes with their frustrations. As we try to encourage people to give more and to give more smartly, we have been struck by the lack of generosity of many (as we have by the extreme generosity of a laudable few). In a previous ‘How to give it’, NPC’s founding chairman, David Robins lamented:

“It’s despicable that people who are paid so much contribute so little to charity. Hedge funders and private equity people are pretty philanthropic. But the investment bankers? I [in my time at NPC] couldn’t get any to do anything at all.”

Such words are strong, not least because David is an ex-investment banker himself.

Boris Johnson and the Lord Mayor could usefully push investment banks to do more. In a previous blog I suggested investment banks follow certain principles to encourage their staff to use their matched giving programmes in which staff donations up to a certain amount were doubled by their employers. These have the potential to increase charitable giving but are not properly marketed to staff, or (sometimes) are not as generous as they could be. The two mayors could call on financial institutions in London to adopt and follow a set of principles along the line of those I proposed.

Greater transparency through answers to these questions might encourage banks to follow the principles promoting increased used of matched giving schemes.

Banks might complain that they should not be singled out in this way. Fair enough. Boris Johnson could try to promote such transparency among all employers in London above a certain size.

Pushing investment banks and other leading financial institutions to do more to encourage staff to give, as well as looking at the potential for transparency to change behaviour, could be steps in the right direction. Such levers—carrots and sticks—offer hope of change. A joint effort from the two mayors would have potency. Right now, as cuts in government funding bite deep and services for some of our most disadvantaged people are reduced, charities in London and beyond could do with the help.